Rising Rates Will Impact: Your Income Your Spending Your Investments

Federal Reserve (Fed) members are making plans to raise interest rates and it is going to affect your wallet! Individuals do not borrow from the Fed, so you may be wondering how it could impact you. The Fed’s rate increase will start economic ripples that are going to hit your income, your spending, and your investments.

The Fed
The Fed was established by Congress and signed into law by President Woodrow Wilson on December 23, 1913. It has two objectives: seek maximum employment and maintain stable prices. (It is a highly sophisticated organization with over 300 Ph.D. economists.)

In simpler terms, the Fed is less like a surgical tool and more like a hammer. A hammer is blunt and its impact can be powerful. It doesn’t perform a lot of functions, but it is extremely useful for the right problems.

The Fed has power to perform a limited number of actions. It can strike hard and fast because it does not need congressional approval and its officials are not elected. The Fed is not focused on individuals as its actions have worldwide implications. 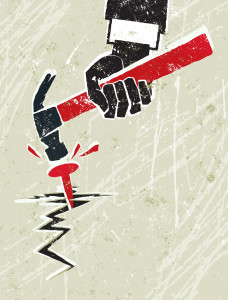 Why the Fed Changes Rates
The purpose of changing rates is to influence decisions that will help control unemployment and inflation.

In a slow economy: If spending decreases then companies become less profitable and may choose to layoff workers, which will further decrease spending and profitability. The Fed will try to reverse the cycle by lowering rates. When the Fed rate changes, other rates follow. This may encourage spending as it makes it cheaper to borrow for education, cars, homes, etc.

In a healthy economy: When the economy is thriving and the job market is good there is a lot of pressure on companies to raise wages. Confident consumers will spend more even if prices rise a little. When prices increase beyond a “healthy rate” of around two percent, the Fed gets worried. It may raise rates to decrease borrowing and spending.

Rates will Rise
Rates have been low since 2008 when the Fed brought short-term rates down near zero percent. Those who were able to borrow benefited from low interest rates. Right now the Fed is not worried about price inflation, but it does want to get rates back up to “normal.”

Your Spending
The result will be higher rates when you take out a mortgage or get a loan for a new car. Anything with a variable rate, like some credit cards, will probably see an increase. Debt is going to get more expensive. Paying debt off and living within your means will be important.

Your Income
The labor market is improving. Many companies have announced plans to raise wages for workers, but the expected improvement has not yet hit. It’s coming! 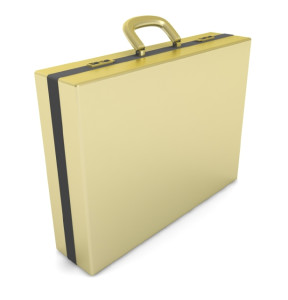 Wage growth was just around 2 percent in the last year and the Fed believes the country is headed towards 3.5 percent. This is good news for workers and it gives the Fed confidence to slowly raise rates to normal. However, if wage growth is too high the Fed will become uncomfortable and will really drop the hammer down—acting quickly, with force just to make sure prices don’t get out of control.

Your Investments
Back in 2013, Ben Bernanke, then Chairman of the Fed, suggested the Fed might end (taper) its stimulus. The stock and bond markets went crazy! The event even has a name: “The Taper Tantrum!” In the end, the Fed continued its stimulus.

The Fed is unlikely to catch investors by surprise when it finally does raise rates. Its members have been quite open about its plans and the economy is able to withstand a very gradual rise in rates. 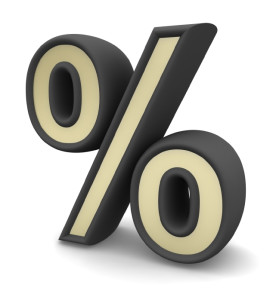 Investors should expect more volatility, but in spite of the choppiness, the returns should still be positive. That’s what we have seen in the past.

Prepare Your Personal Economy
Make sure you are saving some income for rainy days even if it means cutting back on a little spending. Make sure the risk you are taking in your investments matches your ability and willingness to handle it. Finally, align your portfolios for the future.

Will the Fed hike rates in September? Will it be just 0.25 percent? How long will the Fed wait to make its next move and will it go too far too fast? The answers will be “data dependent,” a phrase the Fed members have been using lately. It will depend on U.S. economic growth, wage growth, and price inflation.

A gradual economic improvement will allow time to digest the news and act slowly—waiting months between each rate increase to see the impact. There are no signs of overheating for now. If that changes, the Fed is not going to sit idle. It would have to act. After all, to a hammer, everything looks like a nail.

*Research by SFS. Data from public sources. This is not a recommendation to purchase any type of investment. Investing involves risk, including potential loss of principal. The S&P 500 index is often considered to represent the U.S. market. One cannot invest directly in an index. Past performance does not guarantee future results. The opinions and forecasts expressed are those of the author and may not actually come to pass. This information is subject to change at any time, based on market and other conditions, and should not be construed as a recommendation of any specific security or investment plan.