Will You Benefit From the Recent Tax Cut?

Changes to the marginal tax-brackets will benefit those who are close to the threshold for the 10 percent thru 32 percent brackets. If your income is $400,000, you will hit the 35 percent marginal bracket with less income than in 2017. One notable change is the top bracket–now 37 percent–affecting those with income of $600,000 or more. 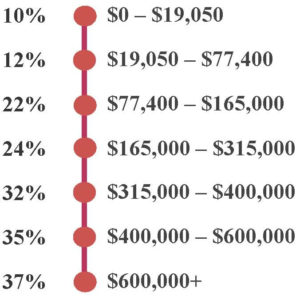 Retirement contribution limits for some plans have been increased while others remain the same.

By increasing the standard deduction, the government will effectively reduce the number of filers who itemize. The new married limit is $24,000 and the single limit is $12,000. Both are double last year’s limits. 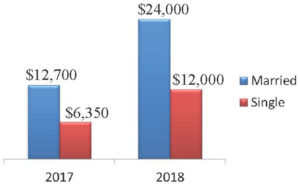 The new law contains limitations that change the value of itemizing deductions for many filers.

The number of filers affected by the Alternative Minimum Tax is expected to drop by 96%. And many filers may not have to pay AMT again. This is due to two big changes (below).

Higher exemption levels–the amount of income automatically exempt from AMT calculation has increased to $109,400 for married and $84,500 for single.

*Smedley Financial and its employees do not provide tax advice; therefore it is important to coordinate with your tax advisor regarding your specific situation.