IRA Charitable Distributions Are Back!

For those of you over age 70 ½, a very beneficial tax law is back in the books thanks to the agreement reached by Congress on January 1, 2013. The tax break allows you to donate IRA money directly to a charity and avoid paying any tax on the distribution. Even better, the distribution still counts toward your Required Minimum Distribution.

This tax break was off the books for all of 2012 and then retroactively added in January of 2013 (too little too late). Those who took advantage of it in 2011, or before, will be glad it is back. Officially it is called a Qualified Charitable Distribution or QCD.

So, what is the difference between making a QCD directly to a charity or taking the money and then donating it to the charity personally? Let’s look at an example.

Let’s say Henry decides to withdraw the money first and then donate to a charity. If his required minimum distribution was $10,000, he would have to take the distribution and withhold taxes. For this article, let’s assume Henry must withhold 15% for federal tax and 5% for state tax, or $2,000 in taxes. That means he would get a check for $8,000. Henry would then deposit that check in his checking account and write out a personal check to his charity. Next year Henry would get to include the $8,000 as a deduction on his taxes. However, the deduction only reduces his taxes a fraction of the $8,000.

The other option is for Henry to donate the $10,000 directly to a charity. He doesn’t have to pay anything in taxes and his charity is benefited by the full $10,000. The decision seems to be fairly easy.

If you plan to donate money to a charity and you have to take a Required Minimum Distribution this year, give us a call so we can help you take full advantage of this reinstated tax law. 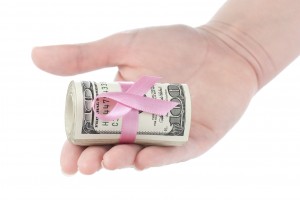