President-elect Donald Trump made a lot of promises to Americans on the campaign trail. Yes, he proposed building a wall on the Mexican border and blocking certain groups from immigrating to the United States, but none were more important to voters than how the candidate would impact their money.

Trump believes his economic plans will double U.S. growth, which is currently at 2.9 percent. He plans to focus on cutting taxes for the rich, increasing government spending, and negotiate better trade deals with foreign countries. If necessary, he has even suggested imposing tariffs on imports of goods to the United States.

Republicans will control the Senate and House of Representatives, so the next president may find it easier to get things done, especially at first. Here are a few of the promises made during Trump’s campaign. 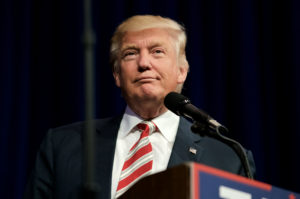 The foundation of the United States is firm and its economy is strengthening. Unemployment numbers cannot get much better than current levels. Wage growth may be a more valuable measure of economic health. Infrastructure spending of $500 billion may help by boosting productivity of Americans in the long-term.

When it comes to healthcare, any president faces an aging population and rising costs of new medical technology. Trump plans to repeal the Affordable Care Act and replace it with something different.

Trump has proposed many changes to the tax code. The greatest impact will be on the top one percent of earners who are estimated to save about $100,000 in taxes every year.

In the coming months very little should change. Increased government spending on infrastructure combined with tax cuts roughly the same size could boost growth in the coming year or two. It would also increase the national debt significantly. This could depress the value of existing bonds as interest rates rise on U.S. debt.

If we raise tariffs and other countries do the same then global trade could decrease and the cost of goods could rise. Less trade would also decrease profitability for U.S. exporters. This could even cost workers their jobs.

Our advice? Vote with your ballot, not your portfolio. Think of all the missed opportunity if one withdrew whenever there was uncertainty. Whether your favored candidates were elected or not, we want to reinforce the importance of sticking to your long-term plans.